Hold it… hold on right there… just a few hours from now and you’ll get to see what does Marvel has up to its sleeves for their next television show. Yeah… we’re talking about the first trailer of ‘Hawkeye’. At the late hour of Sunday night, Jeremy Renner pinned us about the trailer of Hawkeye. He mentioned that it’s coming up on Monday. He even tagged a snippet from the trailer in his Instagram story, which reveals the storyline during Christmas-time, of the show. 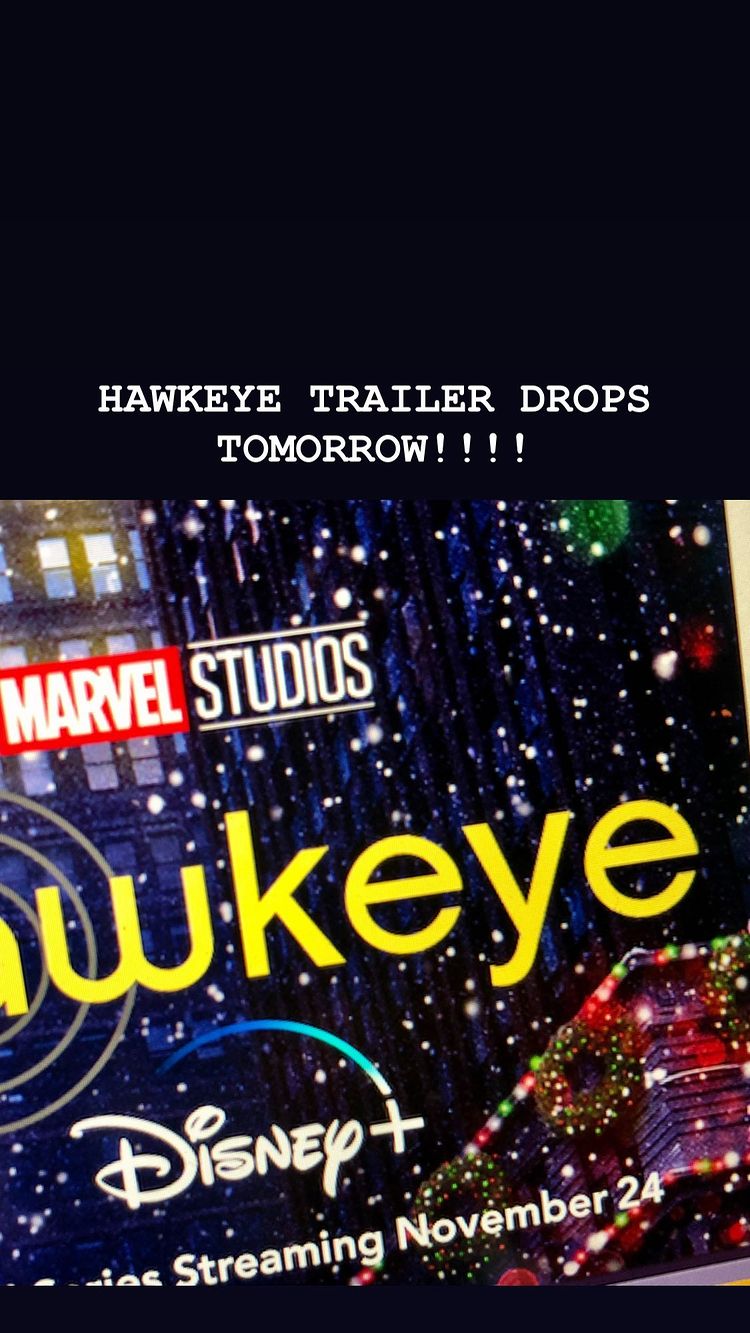 Now, if you ask, it is almost guaranteed that the trailer will highlight both Clint Barton (Renner) and cate Bishop (Hailee Steinfeld) along with other mentionable characters like echo (Alaqua Cox), Lucky the Pizza Dog, and Clown (Fra Free).

“The first time Jeremy and I sat down together, we were in a writers’ room surrounded by a bunch of Hawkeye comics up on the wall, all around us,” Steinfeld mentioned in the October print issue of Entertainment Weekly. “I was like, ‘Oh my God, this is real. This is happening.” She quoted. She also happened to have posted a photo of herself on her Instagram handle which confirms today’s Hawkeye trailer launch.

“We’re treating our shows as if we’re making our features,” producer of the series Trinh Tran previously mentioned in an interview with ComicBook.com about the production value for Disney+ shows. “I mean, the feel and the quality of those TV shows are going to be like the Marvel movies that you’ve seen. So that’s always been [Marvel Studios president Kevin Feigen]’s mindset of let’s make sure that when people are going to be watching these episodes, it’s going to feel like it’s just one long movie except rather than two-and-a-half hours, it’s going to be much longer. And the idea behind certain characters getting their shows is because we’ll have a lot more time to be able to develop these characters rather than the shorter.” He added.

Hawkeye is gonna be aired on Disney+ on November 24th this year.

Tower Of God Season 2 Release Date; Is It Worth Watching?
Cars 4 Release Date; Will It Follow The Stoy Of Cruz Ramirez Now?
Comment