Leonardo DiCaprio has dated a lot of pretty actresses and models. Currently, he is dating actress Camila Morrone. She is a model and an actress. Let’s find out more details about Leonardo and Camila’s relationship.  Leonardo and Camila met at The Cannes Film Festival in 2017. Camila Morrone was just 19 years old back then. After the event, the two were clicked more often. The paparazzi pictured the two at Barney’s store in December 2017. It can be guessed that the two started dating ever since.

In 2019 Leonardo was seen taking pictures of his rumored girlfriend. Many commented and tagged him as an Instagram boyfriend. However, Camila responded and said that he is a great actor and should not be tagged by such names. In 2020, Camila and Leonardo made their public appearance at the Oscars. They were also pictured together at Coachella. 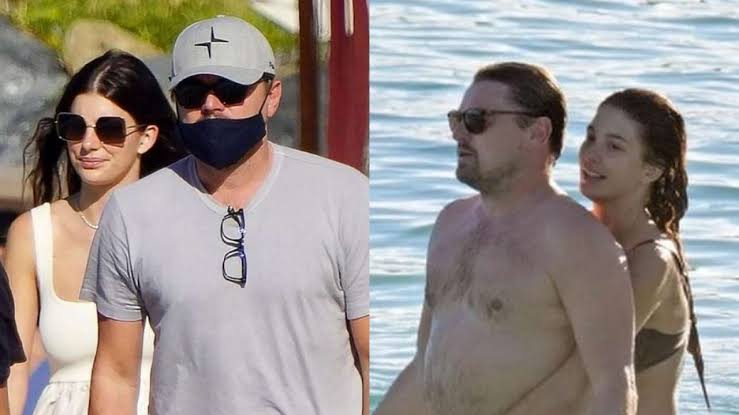 The duo is currently enjoying their time at St Bart’s. Various pictures of the couple enjoying themselves together are all over the internet. The couple was seen taking a dip in the sea together. They were also seen together in the marketplace along with some friends. Leonardo and Camila have not made their relationship official but it looks like the two are enjoying a good time together.

Leonardo DiCaprio has previously dated a lot of pretty faces like Naomi Campbell, Gisele Bündchen, Bar Refaeli, Amber Valletta, Kristen Zang, Bridget Hall. The actor also dated actress Blake Lively for a short period of time. However, they never confirmed their relationship. Blake is currently enjoying her married life with actor Ryan Reynolds. Even though the 47- year old actor dated so many pretty ladies, he was never accused of anything bad by his former lovers. Everyone had something good to say about him. Camila Morrone is currently 24 years old. She first walked on the runway for Moschino. She also worked with Victoria’s Secret and Coach. Her mother is an actress and her dad worked as a model. But she revealed in an interview that she never wanted to be a part of Hollywood. She shared that she always saw her parents struggling for money. They always wanted to be financially independent but they had to wait for paychecks from people. She revealed that she wanted to have a simple lifestyle and also wanted to continue her studies in college.

Camila also won the Rising Star Award at the San Diego International Film Festival. She is also a part of Daisy Jones and Six. The movie is produced by Reese Witherspoon and is based on the novel. Camila and Leonardo have a 23 year age gap. Many people comment on their crazy age gap. But Camila is not very concerned about it. She feels it is fine to date the person you want to date.