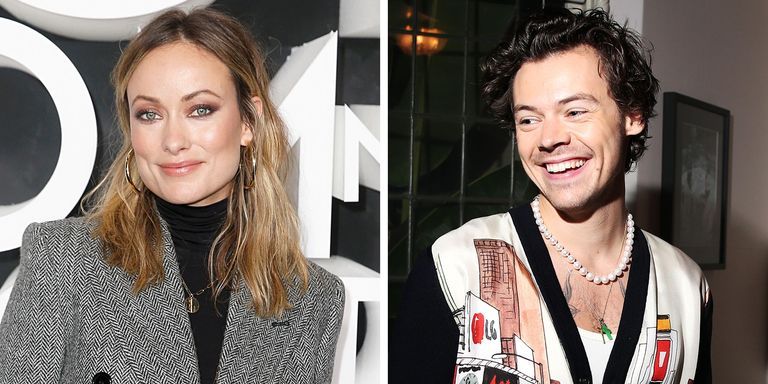 Olivia Wilde and Harry Styles two started dating each other in December 2020 and since the two have been spending time with each other and very deeply in love and reports suggest that could be ready to take their relationship next level. As the two have started introducing each other to their family members it suggests this is serious and they are serious about each other very much.

While Olivia Introduced Harry styles to her children, son Otis, 7, and daughter Daisy, 5, whom she shares with her ex Jason Sudeikis and Olivia is also starting to get to know Harry styles mother. But right now the two are very busy with their schedules and And while Harry Styles is busy on his tour and Olivia Wilde is busy directing her next movie which will include Brad Pitt and Margot Robbie. Well, many. News Channel reported that this is simply a PR stunt for Harry Styles and Olivia to promote their upcoming. A Source revealed that Harry Styles and Olivia Wilde got to know each other on the sets of Don’t Worry Darling and their romance blossomed from there. Wall, their love has grown with time. They are very caring about each other and they love to spend their time and they feel their relationship is very organic as they don’t force each other for time and attention. They just go with the flow and enjoy their time whenever they are together.

Well, many. News Channel reported that this is simply a PR stunt for Harry Styles and Olivia to promote their upcoming movie. Olivia has been making round trips to her and to harry styles whenever she gets time and she is keen to make everything work and give her best.

Wilde, on her part, has been spotted wearing merch from Styles’ concert tours numerous times. Just recently while speaking to Vogue, the star opened up about her relationship with the former 1D singer. She said: “it’s tempting to correct a false narrative. But I think what you realize is that when you’re really happy, it doesn’t matter what strangers think about you. All that matters to you is what’s real, and what you love, and who you love. In the past 10 years, as a society, we have placed so much more value on the opinion of strangers rather than the people closest to us. I’m happier than I’ve ever been. And I’m healthier than I’ve ever been, and it’s just wonderful to feel that.” While Olivia Wilde and Harry have officially not said anything about their marriage plans seems like the current closeness it might happen in 2022 but fans just have to wait for it. While Some Fans Of Harry Styles are heartbroken by rumors that he might get married and all but that just time will only tell about that.

Right now the two gather in the family house as they want to spend their Christmas holiday time together and enjoy the holidays and new year together and want their families to get to know each other better. We will tell you more news on this when we have news on relationship development.