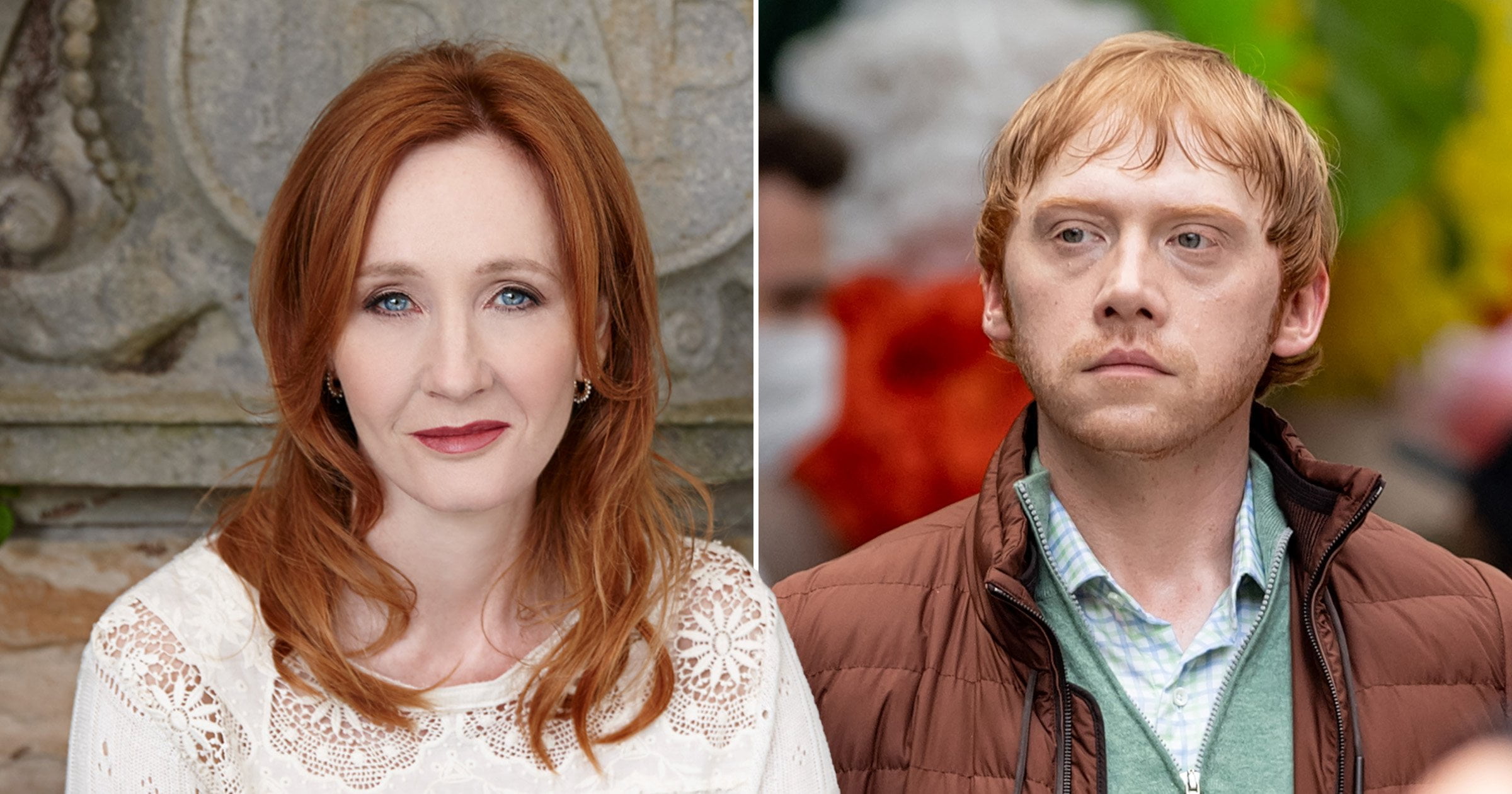 Rupert Grint is a star of the ‘Harry Potter‘ series in each of its eight movies recently has opened with his views on the JK Rowling transgender controversy. Rupert Grint who portrayed Ron Weasley in all eight films of ‘Harry Potter’ inspired by JK Rowling’s (author)book series, opened up publicly about the relationship he shared with the author, as per People Magazine. Yes, maybe you know a little bit or maybe confused about happening within Harry Potter casts, but don’t you worry you all will be clear with everything.

How did the Harry Potter Reunion episode handle her controversy?

It is clear from the headline that JK Rowling is getting ignored or may she don’t want to be part of any reunion which was on 1 January. But what’s the reason? It is the same as she is trapped in Transgender Controversy because of her actions, which fire up all the cast of Harry Potter. On Harry Potter 20th anniversary Return to Hogwarts Film JK Rowling was absent as it was thought to be ignored her with her controversy but later it is also claimed that her controversy played no role in deciding whether she will be in reunion or not according to Entertainment Weekly.

What was the controversy which cost JK Rowling so much?

It was started in June 2020 when JK Rowling fall into controversy badly. Actually, she fired up all in one statement when she spoke in support of anti-transgender sentiments with consecutive tweets. Recently she tweeted upsetting all the fans. Take a look

War is Peace.
Freedom is Slavery.
Ignorance is Strength.
The Penised Individual Who Raped You Is a Woman.https://t.co/SyxFnnboM1

This tweet comes out ‘Transphobic’ which all makes fans doubt her thinking. This tweet is reflecting the police of logging rapists as women whether she changed her gender or not. This is not the first time, many times she suffer majority dislike for all her actions. There was another tweet in the same month with the same frame of mind to target transgender.

If sex isn’t real, there’s no same-sex attraction. If sex isn’t real, the lived reality of women globally is erased. I know and love trans people, but erasing the concept of sex removes the ability of many to meaningfully discuss their lives. It isn’t hate to speak the truth,”.This tweet again gives another reason not to be part of the HBO film ‘Harry Potter 20th Anniversary: Return to Hogwarts.’

How did the cast of Harry Potter react to JK Rowling’s controversial comments?

Rupert Grint is an important piece of Harry Potter opened up with his slamming view against the transphobic comment of JK Rowling. The actor wrote for ‘The Times’ letting out his liking for JK Rowling” to an auntie” and adding to it he said, “I don’t necessarily agree with everything my auntie says, but she’s still my auntie,”. This is like sugar coating to his slamming reply to JK Rowling Controversial Comments.

Daniel Radcliffe who portrays the main role in Harry Potter was the one who address the issue first and gave a statement, “Transgender women are women. Any statement to the contrary erases the identity and dignity of transgender people and goes against all advice given by professional health care associations who have far more expertise on this subject matter than either Jo or I”.

Eddie Redmayne, give his statement saying, “Respect for transgender people remains a cultural imperative, and over the years I have been trying to constantly educate myself”.

Similarly, with the ongoing issue, all give their statements, and this shows that our loving personalities know how to say No! to wrong words and judgment. Also, Emma Watson and Bonnie Wright, actors who portrayed Hermione Granger tweeted, and Ginny Weasley tweeted on the issue.

All the cast members and the majority got upset with all JK Rowling tweets. After all there she try to convince that, her motive was not to hurt anyone. But all not happening for one time this is what going on for so long and this makes her absence satisfactory for all other cast members. All know, if you hurt someone then that hurt also comes back to you., and this is the same happening in the case of JK Rowling.

Team Orochi Revealed: Chris To Return From The Dead In The King Of Fighters XV