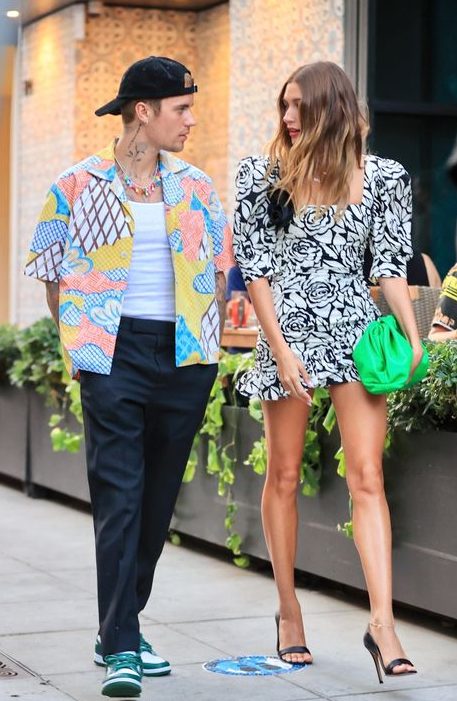 Justin Beiber and Hailey Baldwin who first met in 2009 have been married for more than three years now. The two seem quite in love and their bond gets stronger every day amidst some Jelena fans criticizing them on and on. Now and then, their haters manage to spark fake rumors about their divorce or troubled marriage but the duo keeps negating them with their ever-lasting love for one another. However, speculations this time gather around the model’s pregnancy and the power couple expecting a baby anytime soon. Is it true? Dig in further to know more about the rumor and everything we know. The famous singing sensation Justin Beiber got married to Hailey Rhode Baldwin in late 2018 after being in an on and off relationship with Only Murders In The Building fame Selena Gomez for more than seven years. The married couple met years back in 2009 for the first tie when the model’s father introduced the two. Even though they were not romantically involved, the couple has stated many times that they were destined to be together. The two got reunited somewhere around June in 2018 and within a month an official confirmation of the two being engaged was given by the singer. soon after which the two got married secretly in the same year.

The two have been married since and are quite happy around each other. They are often seen showing off their love in public as well as on social media. In August 2019, the couple even welcomed two kittens whom they named Sushi and Tuna after which they celebrated their one-year anniversary. The two were even spotted in the event of Met Gala this year where the two were twinning in black outfits. The model wore a black gown with a plunging neckline walking down for Saint Laurent while the singer wore La Mason Drew. The black suit with wide-legged paints teamed up with a white undershirt matched with the model and accentuated their look. But how did the pregnancy rumors spark all of a sudden? The two have always talked about how the couple wants to get settled and have children at a young age which was the reason why Hailey got married at the age of 21. Sometime back In April, the singer even pranked everyone with a post of Hailey that was mistaken for her being pregnant. The singer soon apologized for his actions. In the event of the met gala, the singer was seen posing for the cameras with his hand on Hailey’s stomach which led to the speculations that the model is pregnant. The two also stated that they were not completely denying the idea of trying for a baby which added more spark to the rumor. But the singer soon cleared the rumors and stated that it was just a pose.

Justin was even seen posting a picture of the new dog that they welcomed and captioned it as Mom and Dad. The fans soon after started commenting about the pregnancy which was then shunned down by Hailey in a comment that stated that the caption should be changed to dog mom and dad before people start suspecting something else out of it.

Even though the couple is all ears on the subject for trying a baby, but the confirmation for the model being pregnant has done been made out yet and we hope to get one soon. But till then, nothing can be stated firmly and you need to wait for any further updates.