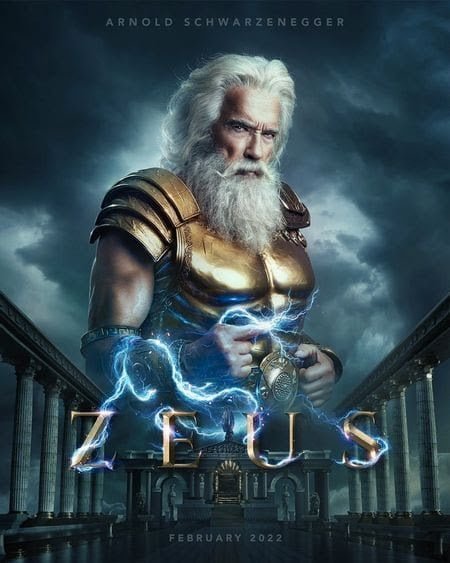 Arnold Schwarzenegger surprised his fans with the look of Zeus in a new poster. The poster was released recently. The project is said to be revealed in February this year. It is mentioned on the poster that the project will be out in February 2022. Another exciting event in February is the Super Bowl. It is possible that the project will be revealed somewhere in the Super Bowl advertisements. Previously we have seen a lot of other celebrities using Super Bowl projects for revealing their new projects. Celebrities like Chris Evans, Keanu Reeves have featured in the Super Bowl spots. It is possible that Arnold Schwarzenegger is going to follow the same strategy to unveil his upcoming project. Fans are super excited after the poster release. They cannot wait for Arnold’s upcoming surprise. Also if there is a Super Bowl connection between the two it will make it even more exciting as Super Bowl is one of the greatest TV events. Ever since the poster is released fans are praising Schwarzenegger. Fans were surprised by his new look and at the same time, they are waiting to see Arnold play the mythical character of Zeus. Arnold Schwarzenegger is previously known for playing such Characters. He is well known for his role in the movie Conan the Barbarian which was released in 1982. His fans still remember his iconic role and are expecting the same once again. So it would not be difficult for him to play this role and he will be doing full justice to the role of Zeus. Fans are also trying to figure out if this role will be a part of a TV series or movie. According to some reports, the role is said to be part of the spinoff Percy Jackson show on Disney+. However, this is just a rumor and there is no confirmation yet. The news will get confirmed once Arnold Schwarzenegger himself makes an announcement. 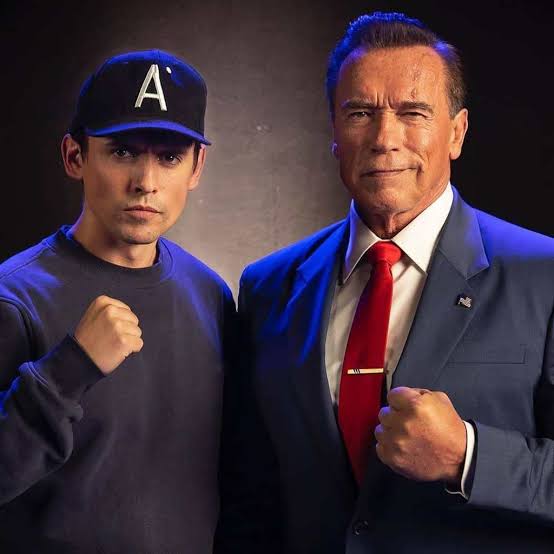 Arnold Schwarzenegger was last seen in the movie Terminator: Dark Fate released in the year 2019. His upcoming movie Kung Fury 2 is all set to release in 2022. Though the release date of the movie is not announced yet it is said that the shooting is wrapped up and the movie will release this year. In the movie, Arnold Schwarzenegger will be playing the role of the President. The other star cast of the movie includes being David Sandberg, Michael Fassbender, Alexandra Shipp, Ralf Moeller, and Jorma Taccone. The movie is directed by David Sandberg himself. It is a sequel to the movie Kung Fury released in the year 2015. Arnold fans are waiting for his new movie. Now, this new poster has hyped up their excitement. Now we need to till  February to see if the poster is related to a Super Bowl commercial or is a new TV series.