Recently she has been in the news for the wrong reasons that s because she has suffered an injury and she is been recovering from that that also leads us to half of the movie Black Panther 2 which is shut down because of her and many several movies of marvel universe phase are getting delayed because of that.

While she is still recovering she does not shy away from making her opinions said.

Recently she made a new tweet on how getting the vaccine is a choice of people and how they should be allowed to take their vaccine and lots of other remarks the fact remains is that she is Unvaccinated and that’s why even after being released from the hospital she is not coming back to the US for the shooting because due to a new law in enforce 2 weeks ago made mandatory for people who immigrants and as well non-U.S citizen has to be fully vaccinated to enter the country. Fans were upset with the remarks that she made on Anti-vaccine and due to that fact she is facing anger from people on Twitter.

she had an Interview with on the Table which they uploaded the video on the youtube channel and it was an hour-long video on which they focused on whats the vaccine is about and several other topics like climate change and why are not people talking about it and all.

She uploaded the video on Twitter with a prayers emoji and that tweet garnered responses that why she is not taking the vaccine while everyone else is and who is she to question the ingenuity of the vaccine.

Though the tweet has been now removed and she posted a message saying she is not testing the ingenuity of the vaccine but just asking what’s inside of it and that all she wanted to it before taking something.

Also later in a tweet, she said that it was just a person nothing that people have to be so much concerned about while adding a genuine emoji as an added safety measure. 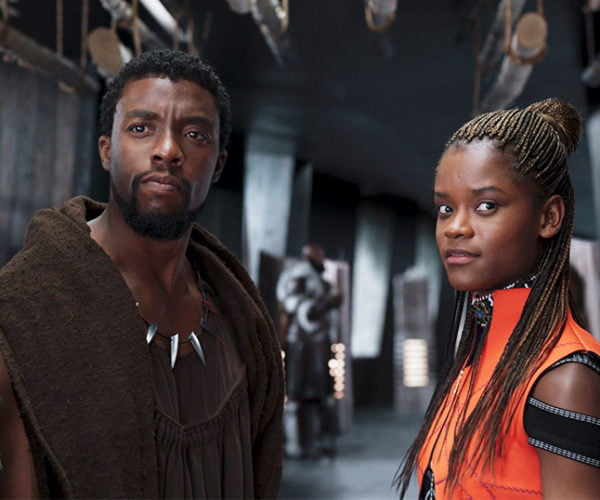 Fans also said that she is disrespecting Chadwich Boseman as she has been delaying the movie as it is confirmed that she is one to take the mantle of Black Panther in the movie.

Fans said that Chadwick Boseman was a hero who did his best role in the movie Black panther and While someone who is Filling the shoes for him is genuinely not doing the great work by being absent and not doing her work properly.

Recently she has been the target for everyone and even though in her eyes she is correct the world doesn’t think so. She already has eyes on her from everyone, media, fans, and even Marvel because it seemed like they just want her for some scenes, and after that, she will no longer be seen in the Marvel movies.