The rumors of a romantic relationship between The Weeknd and Angelina Jolie ha made their place in every corner of social media in these recent days. The singer of the masterpiece ‘Take My Breath’ has been fueling the rumors of him dating the famous actress Angelina Jolie continuously. The lyrics of his newest album ‘Dawn FM’ has made the rumors more prominent. The album of The Weeknd was released on Friday.

The album contained several tracks, the 8th song of the album, ‘Here we go… again,’ implies something about the relationship of The Weeknd. On this track, The Weeknd dedicates its lyrics towards some anonymous relationship that was formed newly. He sings about some new girl he had fallen in love with. That new girl is described as a movie star. After that, he also added the description of their sexual desire saying that he loved her perfectly and made her scream like Neve Campbell.

What Do the Rumors Say?

The relation between The Weeknd and Angelina Jolie is not something we can tell for sure, but the pair first initiated the rumors regarding their binding a while ago. The rumors that they are more than friends sparked when the pair were framed together in exiting Los Angeles hotspot Giorgio Baldi the last summer, but the inside source has declared that the photoshoot was solely for commercial purposes.

The insider mentioned at that time that it is clear that they are not trying to make their dinner date a topic that they want to hide. One thing is sure that they are totally focused on making their way into the Hollywood film industry. They also have an upcoming show in their hands, in which they’re starring together.

On the other hand, The Weeknd and the ‘Maleficent’ star were seen together in a private concert, just after a week of the photoshoot. After that, the fans of the pair were kind of convinced there’s something romantic going on between them. So, aside from the incident of the photoshoot, the rumors started to spread like wildfire. 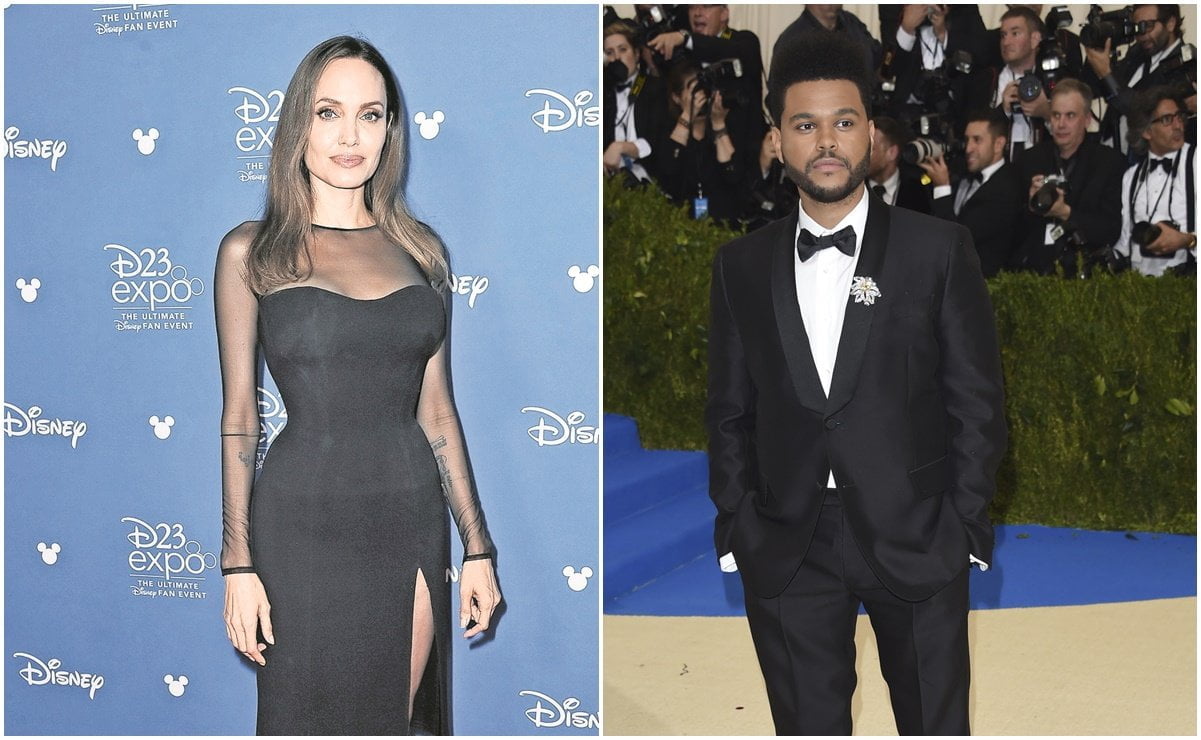 What It Actually Is

But the reality is often disappointing. We haven’t got any kind of confirmation about their relationship from both The Weeknd (31 years) and Angelina Jolie (46 years). The star of ‘Girl, Interrupted’ has totally avoided the chance to address what kind of relationship they are having. She got plenty of space to declare the nature of their relationship while she was on the stage while promoting her last movie of MCU ‘Eternals’ the last fall.

In the meantime, Angelina Jolie appeared in the talk show ‘Daily Pop’ with her co-actress Salma Hayek. When the host of the show Justin Sylvester questioned Angelina whether her kids are more interested in her movie ‘Eternals’ or her relationship with the singer of ‘Secrets.’ Jolie replied in short that if it’s about the film, her kids are very excited about it. then she smiled while glancing at Hayek.

The Weeknd has been in a relationship with Bella Hadid and Selena Gomez previously. On the other hand, Angelina Jolie is still fighting in court against her ex-husband Brad Pitt for the custody of her kids.