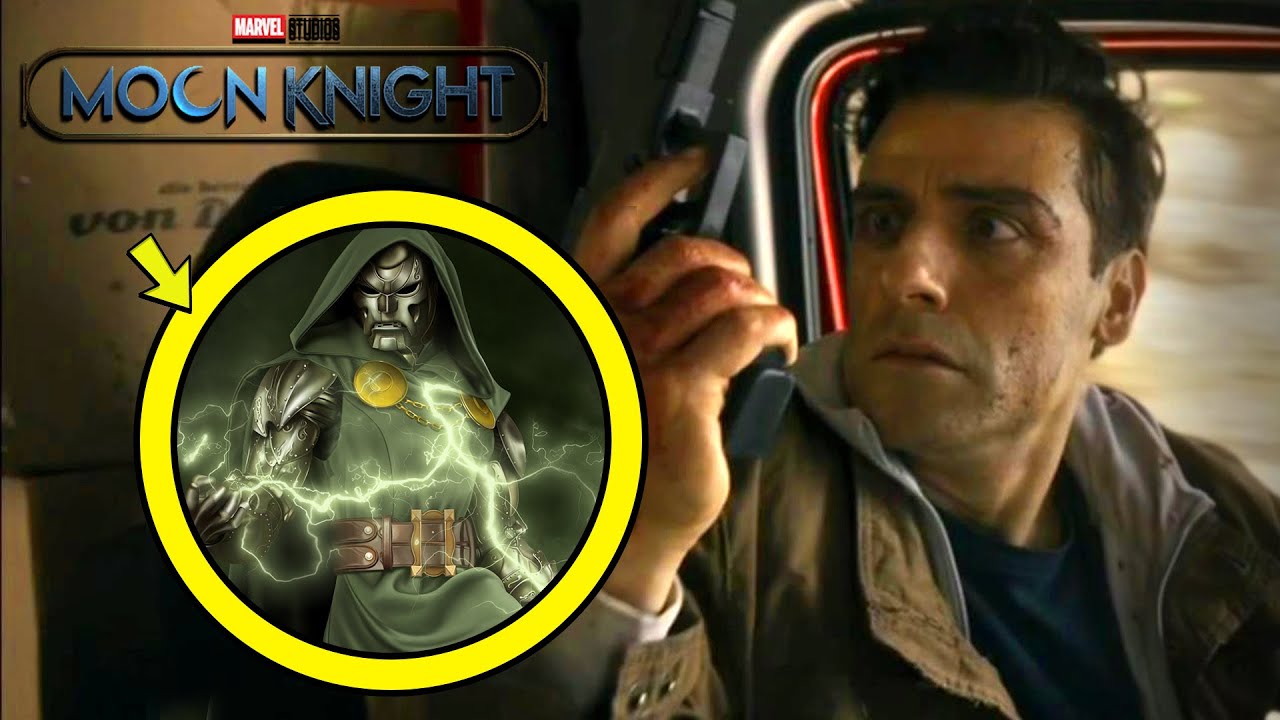 Moon Knight is much-awaited series of Marvel that it is releasing as a phase 4 project. After the events of Avengers: Endgame. Every project that releases under Marvel Studios is a phase 4 project. That is something Marvel Studios explained a long back. But coming to the trailer it has become the most liked trailer currently on youtube while it did some modifications with the soundtrack of the video and it’s awesome. only true Marvel fans would notice that.

While Every trailer drop is something that fans watch out carefully and try to figure out and break out to understand in a more depth way. This time fans have pointed out the Easter Eggs that could be related to Victor Von Doom aka known as Dr. Doom in the Marvel Cinematic Universe.

We will tell you all the details about the Easter Eggs that were Spotted.

First Cooming to who is Moon Knight and what Connection he has to the Von Doom. Long story short MoonKnight is just one of Dr. Doom’s Experiments to take over the earth.

Now coming to the main event first detail that was spotted by the fans was that when Marc Spector is in a  van and there are Boxes behind him that start with initial Von but then other initials cannot be seen until the next frame. As the trailer is very fast-paced we had to slow it down and watch it ourselves. It’s there the Word Von. This led to fans believing that there will be a Dr. Doom connection in the Moon Knight.

While this scene led to believing in the connection related to Von Doom. Now, this is not known how and where Dr. Doom will appear maybe in the beginning, in between the series, or at the end. Many believe he might be in at the end of post-credits of the series. But Many Disagreed also because when in the next frame the full name can be seen and this is just less to no connection of Von Doom. you can see it here.

As it can be seen in this see the name is not visible yet but as one can see it and point it out it is not related to Von -Doom.  but Many argued over this and told it might just look like that s Marvel Studios is known to alter some elements in the trailer too. But many argued that Von Doom is related to Moon Knight as the connection is also there in the comics.

Now coming to the series itself.

We won’t mention every possible character in the series. let’s just get to the man who will be seen throughout the series.

The series will be available to watch on Disney+ Hotstar on March 30. It will be released batch-wise every week one episode.

After Uncharted, Play Station Studios is working on God of War and Horizon Live-Action Series