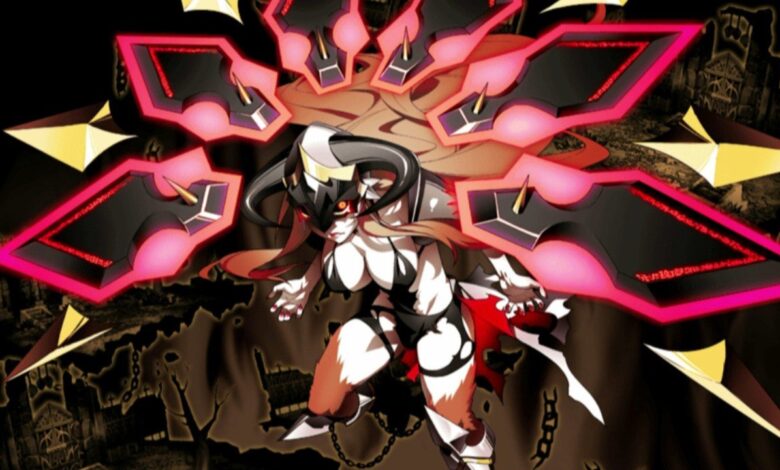 Publisher Kadokawa Games has announced that Demon Gaze EXTRA, an improved version of the original Demon Gaze for the PS Vita, will be coming to Switch.

The original producer experience will still be engaged, but this time they’ll be working with Cattle Call. Along with the Switch edition, a PS4 version will be released.

Demon Gaze EXTRA, which boasts improved graphics, improved controls, and the promise of additional storey content, will be released in Japan on September 2nd for 7,480 yen. A limited edition of 11,480 yen will also be available.

Demon Gaze was first released on the PS Vita in 2013, and was later released in the west a year later. Push Square gave it a 6 out of 10 rating, saying:

Demon Gaze might not be genre-defining, but it does provide Vita owners with a pleasant – albeit gruellingly challenging – introduction to first-person dungeon crawling. Despite its flaws, an assortment of useful gameplay mechanics combined with a colourful cast of characters provide just enough intrigue to make the thirty-or-so hours you’ll spend level grinding your way through this adventure worthwhile. Oh, and did we mention there’s a vocaloid soundtrack for Hatsune Miku fans?

Demon Gaze debuted in Japan last January and sold 25,316 physical copies in its first week, outselling Compile Hearts’ Monster Monpiece, which was released the same day. Outside of Japan, PlayStation Vita owners rejoiced when Kadokawa Games’ dungeon crawling success storey was announced for release in North America and Europe; with sales figures like that, it has to be nice, right? Unfortunately, despite some promising features, the game fails to live up to the hype.

Oz, a young lad with a curious ability to capture and manipulate demons, and a case of obligatory amnesia, is the protagonist of the game. The hero is soon engaged in a fight with a demon called Comet after waking up in a very dark and desolate dungeon, but fortunately for him, this adversary is relatively weak and only takes three hits to defeat. Needless to say, the next fight would be much more difficult.
Following a brief conversation with a very busty red-headed lady, the protagonist is dragged into not only a search to challenge and catch the various monsters that terrorise the ground, but also into a dubious deal with a young woman who runs an inn with some surprising pricing schemes.

The tenants of the inn, on the other hand, are a colourful cast of characters who will assist you on several occasions during your journey – even if they do have a tendency to strip down to their loincloths. Cassell, a handsome gun dealer, Lezerem, a snooty elf who robs you blind at his item store, and Prometh, a young girl who sleeps in a coffin and revives your fallen party members – for a fee, of course – are among them.

The comic script, which mostly consists of character dialogue, is excellent, and it helps to lighten the atmosphere after a long journey through a dungeon.

Although the plot can be a little cliched, the upbeat writing and well-developed characters provide just enough motivation to pursue and endure the many boring battles you will face along the way. However, scenes like the cat-maid Pinay sniffing inn manager Fran’s undies and the aforementioned Fran pushing you to inappropriately touch her chest regions to ‘check she’s not a demon’ are painfully needless narrative moments in this game.