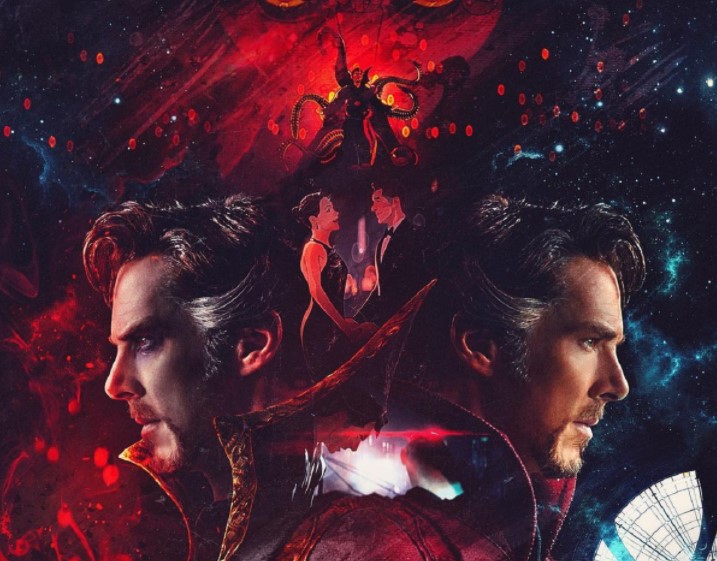 Due to the Covid-19 pandemic halting the production and shooting of a lot of films and TV shows last year, Marvel blessed fans with a barrage of releases lined up for this year! One of them being the Doctor Strange sequel, Doctor Strange 2. The first part, simply titled ‘Doctor Strange’, was released back in 2016, on November 4th. It did extremely well and topped the charts in many countries. It received 89% on Rotten Tomatoes and a score of 7.5/10 on IMDb.

Doctor Strange follows the life of a neurosurgeon named Stephen Strange who suddenly loses the ability to use his hands due to being in a car crash. In order to regain usage of his hands, he decides to go and meet a sorcerer named Mordo. Mordo takes him to a lady known as ‘the Ancient One’ who reluctantly agrees to help and train Stephen Strange. It is based on the comic by Stan Lee and Steve Ditko.

Benedict Cumberbatch played his part of Dr. Strange with perfection as usual. The film was directed by Scott Derrickson and produced by Kevin Feige. Doctor Strange 2 aka Doctor Strange In The Multiverse Of Madness was originally set to release on May 7th, 2021. It first got pushed due to delays in production to November 5th, 2021 but had to be postponed further and is now finally releasing on March 25th, 2022.

Doctor Strange In The Multiverse Of Madness Trailer

There is no trailer as yet because it is still quite early, especially after the delay. We can expect a trailer to come out approximately a month before the movie releases. Doctor Strange 2 also apparently has links to Spiderman: No Way Home. If this is true, then the trailer probably won’t release until Spiderman: No Way Home has been released. It is set to release on 17th December 2021. Doctor Strange In The Multiverse Of Madness Probable Cast?

Other actors who will feature in the film are-

There are rumors that either Tom Hiddleston, Tobey Maguire, or Andrew Garfield might also have a part in the movie.

We do not know any other cast details as of now but will know more soon once a trailer is out.

Doctor Strange 2 is directed by Sam Raimi and produced by Kevin Feige and Marvel Studios.

Cinematography is by John Mathieson.

It is edited by Bob Murawski and the music is by Danny Elfman. Doctor Strange In The Multiverse Of Madness Setting

Doctor Strange 2 is set sometime in the year 2023. This means it will take place after the events of WandaVision. The movie is also technically happening after Loki. It is reportedly linked to Spiderman: No Way Home which comes out in December this year.

Catch Doctor Strange In The Multiverse Of Madness in theatres on 25th March 2022!