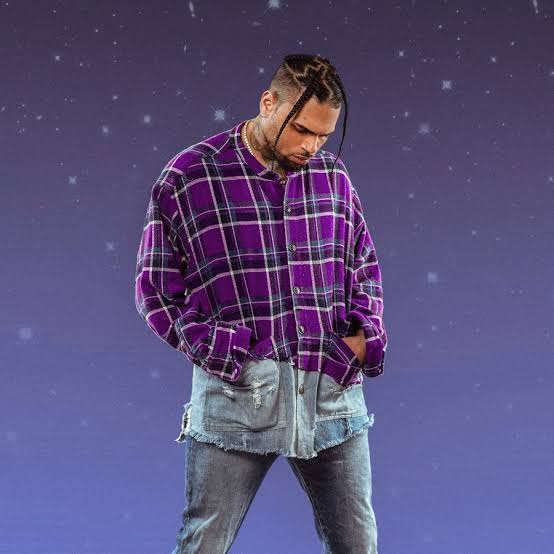 American singer and songwriter Chris Brown is soon going to be a father for the third time. Although it seems like he is not really happy with the mother of her third-to-be-born child. The mother is her rumored ex-girlfriend, Diamond Brown. Diamond brown is an Instagram model. She was spotted with Chris brown in the year 2019. Both of them were pictured together while traveling by the media. He was also often spotted commenting on the model posts. Around the same time, he was also expecting a child with ex-Ammika.

It is however speculated that he is quite disgusted by her as she tried hiding her pregnancy from him. While the soon-to-be mom to be is happily flaunted her baby bump in her new Instagram post which didn’t go really well with Chris. The model posed in a white dress cradling her baby bump. Just around a few weeks ago a party was arranged which indicates that the baby is arriving soon. She posted the picture about being grateful for small things in her life. Ever since fans saw her post they have been asking Chris and diamond about the father of the child and also congratulating them. Though Chris is not really enjoying it. It has been said that he blocked a few users who congratulated him. Meanwhile, on the work front, the R&B singer is expected to sign a deal with Quality control music. His last album was released in 2019 which featured several artists like Drake, Nicki Minaj, G-Eazy, etc. It was no. 1 on Billboard 200 charts.

Chris is going to be a dad for the third time. He had his first child with ex Nia Guzman. She is a model and soon-to-be nurse. Their firstborn was a daughter in the year 2015 named Royalty who is now 7 years old. Nia and Chris have been friends for a long time but after their child custody issue came up they had a little rift. The 32-year-old singer, had second child, a son born to his ex-girlfriend Ammika Harris in 2019. They named their kid Aeko Catori currently 2 year old. They were recently spotted in August in Mykonos enjoying themselves together at a party. They are still quite friendly are often pictured together. By profession, Ammika is a model.

The look at me now the singer is not very pleaes as Diamond hid her pregnancy from him, it seems. The Instagram model currently resides in Los Angeles and has a good number of followers on Instagram. Ever since she announced her pregnancy in September this year, fans can’t keep their calm. However the 23- year old model is yet to make any statement on the father of her child. Fans are also warning her to stay away from his second child mom that is Ammika. Fans have told her that his ex is sick and rude. Everyone is waiting for Diamond and Chris to make a public statement about their child. It’s quite anticipated by the fans as they can’t keep calm to know about Chris’s third-born.