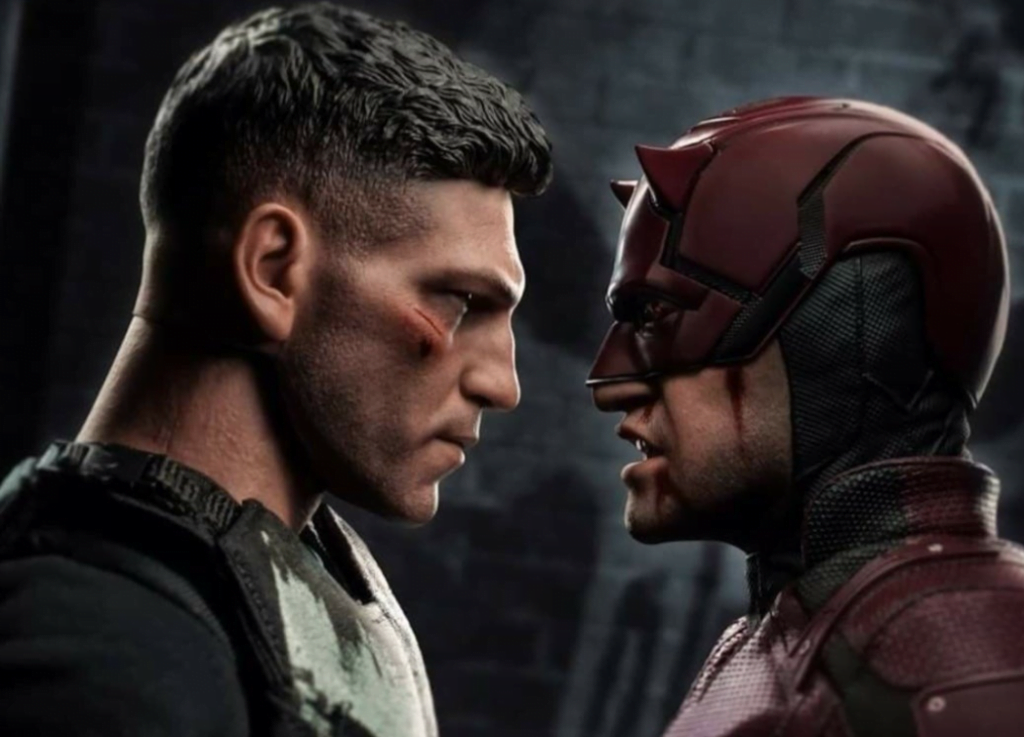 The MCU project that fans are most waiting for that is MCU’s Daredevil series. Daredevil is a character that fans like the most. The three-season series ‘Daredevil‘ was loved by fans, and another season is going to release and it will be named Daredevil Born Again. But as per rumors, the Punisher is going to appear in it.

The Daredevil Born Again is going to be the largest series in Marvel Cinematic Universe. This series will return Charlie Cox as Matt Murdock a.k.a Daredevil and Vincent D’Onofrio as Wilson Fisk a.k.a Kingpin. Fans are excited to see them together again after many years. Matt Murdock first appeared in Marvel Cinematic Universe from the movie Spider-Man No Way Home where he became the lawyer of Peter Parker, who has the allegations to murder Quinton Beck a.k.a Mysterio, but as they hire a very good lawyer, Matt Murdock Peter wins the case, but in that movie, we didn’t get to see Matt Murdock in his Daredevil suit, but we have seen the glimpse of his power. And in the Hawkeye Disney+ series, we get to see Wilson Fisk a.k.a Kingpin, but in end, Echo pointed the gun in front of Kingpin. It seems like Echo shoots him but nothing is confirmed as he is returning in this series and the Echo series. Like the fans also liked the character The Punisher who was played by Jon Bernthal. And that character is rumored to appear in the Disney+ series. Daredevil Born Again will be coming in Spring, 2024.

About the rumor of the Punisher in Daredevil Born Again

The Punisher will appear in #DaredevilBornAgain

Why Punisher will be there in the upcoming Daredevil series?

The Punisher is one of the favorite characters of Marvel. The seasoned series of Punisher was loved by fans. But the third season was not coming to the Punisher fans, as the series has been canceled by Netflix. But Jon Bernthal who played the role of Punisher could join again. And as per rumors, Jon Bernthal’s Punisher will be appearing in Daredevil Born Again. But the question arises why he is appearing in it. Well, it could happen as Punisher kills many people for that reason Daredevil will come to stop him, or it also could happen Wilson Fisk a.k.a Kingpin will order him to kill Daredevil. Many things could happen if Punisher came in Daredevil Born Again.

About Punisher in Marvel comics

Fans are excited to watch Daredevil Born Again where the fans favorite characters are Daredevil a.k.a Matt Murdock played by Charlie Cox and Kingpin a.k.a Wilson Fisk played by Vincent D’Onofrio. Daredevil is also going to appear in many upcoming series of Marvel which are She-Hulk: Attorney at Law and Echo series. He could also many his appearances in many other series and movies before his series which is Daredevil Born Again. And, as per rumors, Frank Castle a.k.a Punisher who was played by Jon Bernthal is going to return to the series. Punisher is also one of the fan-favorite characters of Marvel, and if he is going to appear in the upcoming series then it will be awesome to see. Daredevil Born Again will start streaming on Disney+ in Spring 2024.

The Baby Episode 1 Release Date and Where to Watch

Hawkeye Season 2 CONFIRMED by Jeremy Renner, But Not By Marvel