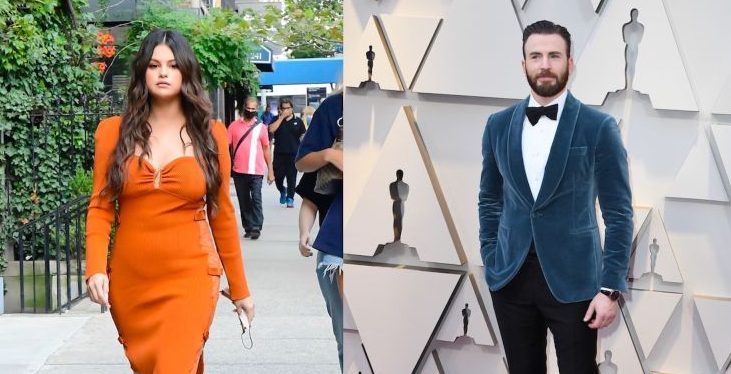 Selena Gomez, the famous singing sensation has managed to keep her out of the media since her last linkup with Aaron Dominguez. However, with Captain America fame, Chris Evans following the singer, she has been unintentionally once again dragged to the limelight. But are they actually dating? Is the rumored power couple going to get married? Before getting into what’s true and what’s false let’s get familiar with what led to these emerging rumors and various theories linked with them. Chris Evans who is famous worldwide for his role of Captain America in the marvel productions started following the singing sensation Selena Gomez a few months back. This led to people thinking that there might be some involvement of the together. The involvement speculated was either something professional or two stars dating. The rumors created a buzz when a fan posted pictures of the two where they were spotted in the same restaurant and studio getting out of it at a different time of the day. However, soon after Elle researched and proved the falsity of the photographs clearing that the four photographs belonged to different timelines. One of these was of October 2019 and the other of November 2017. The Chris Evans pictures were of October 2013 and somewhere in the summer of 2020. The rumors were ignited once again when Selena was spotted wearing a white sweater that gave resemblance to one of the sweaters that Chris owns. What happened exactly was that Selena was spotted in a TikTok video with Taylor Swift where she was wearing an oversized white sweater paired with red lips and bob cut. Fans, funnily enough, took no time to compare the outfit with Chris Evans’s Knives Out white sweater that did resemble the singer’s outfit but, unfortunately, was not the same. This incident created a whole lot of buzz as fans thought that dating rumors were true and the two might be sharing clothes too.

Another incident connected with the rumor is the video of Chris Evans that went viral. The video showed Chris playing piano and while he was playing the piano, fans spotted a reflection on the video that resembled the singer’s brunette bob cut. However, no confirmation as such came out of the video.

Even though the rumors have created quite a buzz but these rumors don’t hold any firm ground. Right now anything that is confirmed on this subject is Selena’s revelation of having a crush on Captain America fame back in 2015. She made this revelation on Watch what happens live with Andy Cohen and even said that she finds him cute.

Also, Selena, for now, is quite happy that she is not involved with anyone right now as stated by the actor in Los Angeles Times interview. She after battling with her mental health issues currently is not looking for anything serious and thus confirmed her status as single. On the other hand, Evans who also didn’t give any confirmation on the linkup rumors is not currently involved with anyone. So, until any official confirmation, nothing can be said on firm grounds. But stay connected for any further updates.