We are here to give an update on Camp Cretaceous Season 5 as the hype is building up at the time among the fans of the title. Camp Cretaceous stands out as one of the most anticipated Netflix shows and it has been leading forward the universe of Jurassic World at the time which everyone is getting fond of.

The creators of the show also stated that they are very much delighted at the time to expand the universe of Jurassic World with even more story content to cover. The show made its debut back in 2020 and though it kept running for a total of four seasons then and portrayed a big story at the time. 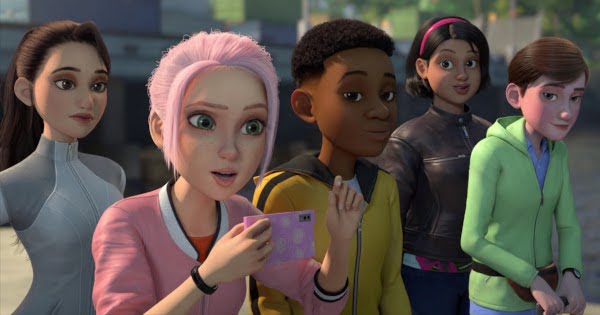 The show stands out as the kid’s spin-off title to the original Jurassic franchise and has set over a good mark at this period of time whereas to mention that Camp Cretaceous is scheduled to return with yet another season at the time. The title has been in development for some time and the updates have finally been shared on the release of the title. There were talks over the time that the new Camp Cretaceous Season 5 would hit the screens after the release of Jurassic World Dominion.

The news has finally been out on the release of Camp Cretaceous as it is scheduled to release on 21 July and thus the time of the release may vary depending upon different geographical locations. Moreover to mention that the show would be available to stream on Netflix. The fifth season of the show is expected to hit another milestone as the previous seasons have done the trailer of the new season has also released recently which portrays how the park has been witnessing some big changes at the time and thus the next season of the show would lead from the same point the previous season left off on suspense.

The big suspense has been building up at the time regarding the next season of the show and how things would take place in the show. The other thing which has been catching up the attention of all the viewers is that Mr. Kon along with Mantah Corp. would be returning for the fifth season and although it has been confirmed.