Skip to content
Home News Camp Cretaceous Season 4: Everything We Know About Site-C So Far 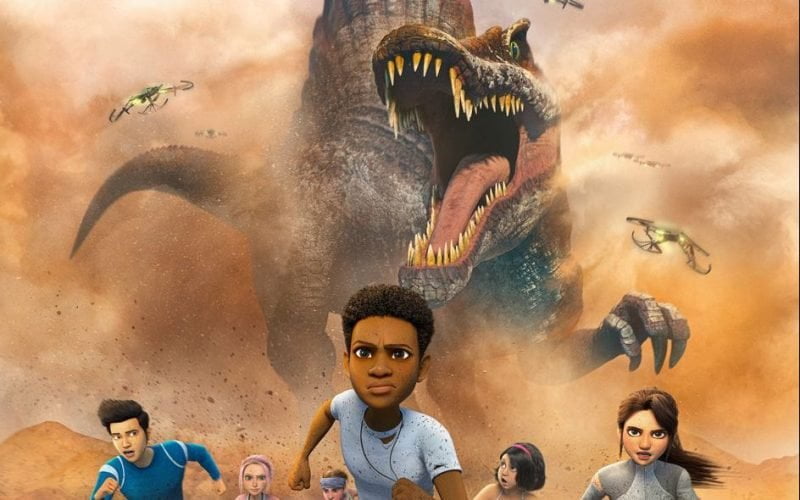 The Jurassic World: Camp Cretaceous is mainly based on the audaciousness of six teenagers who are primarily given a chance to explore the adventure camp but with the flow and the emergence of dinosaurs they find themselves in a troublesome situation as they get separated from the outside world. DreamWorks confirmed the release of Jurassic World: Camp Cretaceous Season 4 on 15 October 2021 and it was also revealed that the shooting of season 4 will not take place on Isla Nublar, unlike other seasons. The trailer of the season was released on 11 November 2021 and as outcasted it features the return of the Spinosaurus.

The Jurassic World: Camp Cretaceous is the second animated Tv series and first official Jurassic world series to go on air. Initially, it may or may not be considered as the first Jurassic World series as the credit goes to  LEGO Jurassic World: Legend of Isla Nublar, which went on air on nickelodeon in Canada. After Fast & Furious: Spy Racers, Jurassic World is the first work of DreamWorks Animation Tv series formulated on Universal Studios property. The making of the series is inspired by the era of pop culture in the 1980s and 1990s. Characters like Mr. DNA is also featured in its traditional form in the series while we know no presence of Apatosaurus. The series also outcastes the debut of Ceratosaurus after its cameo in Jurassic Park 3. It also includes the entry of Kentrosaurus and the come back of Spinosaurus after a period of 20 years since Jurassic Park 3. Everyone is eagerly waiting for the release of Jurassic World: Camp Cretaceous on Netflix, previously 26 episodes have also hit the Netflix post-September 2020.  It is a fictional adventurous American series directed by Zack Stentz. It has many famous stars like Paul-Mikél Williams, Sean Giambrone, Kausar Mohammed, Jenna Ortega, Ryan Potter, and Raini Rodriguez, playing the role of the six stranded teenagers.

What Is Site C?

The poster of the adventurous island was uploaded by DreamWorks Animations on their Twitter account. As already declared this season includes a new island which will make the series more interesting as the teenagers would have to face more risky situations as compared to previous seasons. This would lead to their togetherness and more fun for the viewers.

Compsognathus is shown venomous in the series. Like Jurassic World,  Main Street is seen as the epicenter of the island. As per the sources, builders took 6 to 8 weeks to prepare the treehouse used in the series. After a 6 years gap since Jurassic World, the first time the Dimorphodon makes its presence in the series. In spite of the Blue and the Rexy, being the last species, season 4 shows more Velociraptors and T-rex.

The executive producers of the series are Steven Spielberg, Frank Marshall, Colin Trevorrow, and Lane Lueras. Overall, it would be great fun for the audience, watch the series. Stay tuned for more updates.