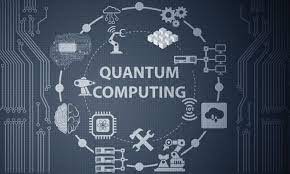 Cambridge Quantum Computing (CQC) is an independent quantum computing company, based in Cambridge, England. It was founded in the year 2014, CQC builds tools for the commercialization of quantum technologies with a focus on quantum software and quantum cybersecurity. CQC has developed an architecture agnostic quantum software development platform, around which the company has built enterprise applications for quantum cryptography, quantum chemistry, quantum machine learning, and quantum artificial intelligence. CQC is a global leader in quantum software and quantum algorithms, enabling clients to achieve the most out of rapidly evolving quantum computing hardware.

On the other hand, The German Aerospace Center is the national center for aerospace, energy, and transportation research of Germany. It uses the expertise of its over 50 research institutes and facilities to develop solutions to global challenges, climate, mobility, and technology.

In this collaboration, The German Aerospace Center will use CQC’s quantum algorithms for solving partial differential equation systems to render a 1-D simulation of a lithium-ion battery cell.

This will later give more scope for exploring multi-scale simulations of complete battery cells with quantum computers, which are considered a viable alternative for rendering full 3D models. A multi-scale approach incorporates information from different system levels (e.g. atomistic, molecular, and macroscopic) to make a simulation more manageable and realistic, potentially accelerating battery research and development for a variety of sustainable energy solutions.

In this world of digitalization, batteries are very important to achieve the necessary portability. Batteries have become a very important element for necessary products like smartphones, wearable electronic devices, and most importantly electric cars. Battery research could ultimately reduce the industry’s reliance on lithium and also development in this field can further allow manufacturers to make their products more compact and portable.

In early 2020, a quantum computing breakthrough by researchers at IBM and Daimler AG claimed that it could help overcome the problems related to the slow speed of battery charging in electric vehicles. They modeled the dipole moment of three lithium-containing molecules using a quantum computer, which was remarkable and helped to broaden our views on lithium-sulfur (Li-S) batteries that would be more powerful, longer-lasting, and cheaper than the currently used lithium-ion batteries.

In today’s world, Green Transportation has not remained an alternative anymore, it has become a necessity. Top institutes in the world are at work to improve battery-powered transportation and hopefully, we will see the implementations very soon in the coming years.