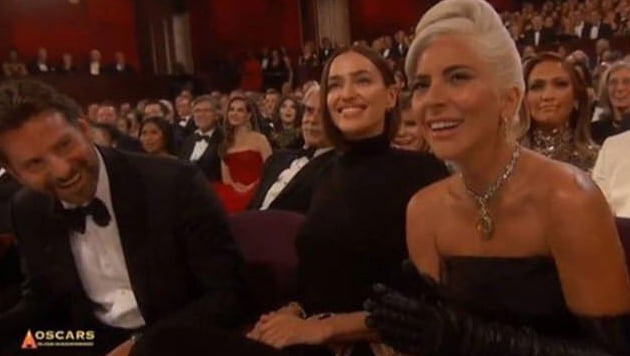 The Guardians of the Galaxy fame Bradley Cooper was dating Russian model Irina Shayk for four years after breaking up in June this year. The two also have a daughter together whom the couple named Lea De Seine Shayk Cooper. But the time when they were dating, the rumor of marvel fame being in love with Lady Gaga and cheating on Irina Shayk hit the markets with great vigor. What happened? How did the stars react to the rumor back then? Read further to get acquainted with everything we know about the incident and the statements that filled the incident. In 2019, at the 91st Annual Academy Awards, Bradely Cooper was spotted sharing the stage with the infamous singing sensation Lady Gaga. The two were seen performing on one of the songs of their movie A Star Is Born – Shallow. The award ceremony was held in Los Angeles at Dolby Theatres where the two arrived on the stage holding hands and maintaining eye contact throughout the performance which just added spark to their chemistry. Hangover Alum marked the end of the performance and the duo even won Oscar for the best original song for A Star Is Born song Shallow. The actor was even accompanied by his then-girlfriend Irina Shayk who sat in the front seat and supported the two performers by giving huge applause and a standing ovation. But the performance was soon creating buzz all over as their performance video went viral within a short span of time. The reason for such a buzz was the spectacular chemistry of the co-stars which led to fans thinking that the two might be in love. The heat and the eye contact that they managed to maintain throughout just added salt to the flame. The response to the performance by the fans was quite interesting and did set the internet on fire. One of the tweets stated that if you guys told that they were not in love then you are a liar. Many more comments resembling the same were seen hitting the internet. Lady Gaga did respond to such rumors while she made her appearance on Jimmy Kimmel’s live show. She showed her hate towards social media and continued that the two actors wanted the fans to believe in such chemistry and conclude that they were in love as the song that the co-stars performed on the stage was actually a love song based on the love story titled A Star Is Born. So if the fans actually believed the chemistry and went on to think that something has been cooking between the two,  then they have been successful.

Irina on the other hand was seen just supporting the two and even hugged her boyfriend after the performance. The rumors were seen resurfacing once again when the couple was seen getting cozy and holding hands in public after this incident as the incident led wants to think that there might be something on the verge of ending between the two with cooper striking love with the singer. But the couple bashed the rumors after their PDA and the support that they gave to each other after the rumors drove in.