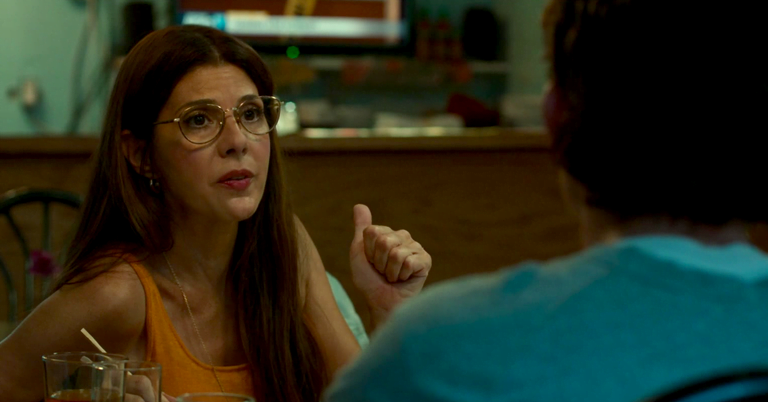 With the debut of Tom Holland‘s third solo Spider-Man film approaching, Marvel Cinematic Universe fans are speculating about key plot themes. There are plenty of rumors to ponder, from Tobey Maguire and Andrew Garfield portraying their own versions of Spider-Man to Charlie Cox as Matt Murdock. However, one report that many Marvel fans are paying attention to is the possibility of a high death count in the much-anticipated film. Aunt May is one figure in particular who has piqued the interest of millions (Marisa Tomei). Is she going to die in the movie? Let’s have a look. Does Aunt May die in Spider-Man No Way Home?

Many eagle-eyed watchers suspected Marvel Studios of spoiling Peter’s beloved Aunt May’s terrible death when the long-awaited second trailer for Spider-Man: No Way Home went viral on social media. Before we get into the precise moment in the teaser, it’s important to note that in No Way Home, a slew of legendary Spider-Man villains arrives on the scene. The threequel will bring back five well-known villains: Doc Ock (Alfred Molina), Sandman (Thomas Haden Church), the Lizard (Rhys Ifans), Electro (Jamie Foxx), and Green Goblin (Willem Dafoe). Aunt May’s terrible death may have been revealed in the Spider-Man: No Way Home teaser, hinting at the character’s demise in the Marvel Cinematic Universe. The latest No Way Home video teased various facts about the impending Spider-Man feature in the Marvel Cinematic Universe. The clip indicates the villains don’t know Tom Holland’s Peter Parker as Spider-Man, in addition to Alfred Molina repeating Doc Ock, Thomas Haden Church portraying Sandman, and Willem Dafoe reprising Green Goblin. The culprits are clearly from other universes, as evidenced by this. Furthermore, while Spider-Man appears to desire to preserve the villains’ lives, Doctor Strange (Benedict Cumberbatch) claims that death is their fate. In addition to bringing back a number of characters from previous Spider-Man films, No Way Home features a number of new characters. In the latest trailer, Peter Parker’s love interest, MJ (Zendaya), and closest pal, Ned (Jacob Batalon), return and get themselves into trouble. In the midst of the turmoil, Aunt May (Marisa Tomei) and Happy Hogan (Jon Favreau) return to keep a watch on Spider-Man.J. Jonah Jameson (J.K. Simmons), the head of The Daily Bugle and a significant force in turning the public against Spider-Man, makes an appearance in the teaser after a surprise appearance in Spider-Man: Far From Home.

The No Way Home trailer, despite all of its spectacular surprises, may also disclose a sad end. A scene halfway through the teaser shows Spider-Man diving to avoid a bomb planted by the Green Goblin. Unfortunately, the deadly gadget appears to be just out of Spider-reach, Man’s, and the bomb goes off before Tom Holland’s Peter Parker can react. Later in the clip, Aunt May is seen sprinting, with lighting and surroundings identical to Parker’s earlier scene with the bomb. Despite the fact that the trailer breaks up the clips of the moments, the film may be hinting at Aunt May’s death. If Aunt May dies, it will complete a pivotal Spider-Man scene.

The MCU’s Spider-Man franchise omitted Peter Parker’s heroic origin narrative, never providing the character a meaningful moment with Uncle Ben at his death, which inspires Spider-Man to become the hero he becomes. If Aunt May dies in the series, though, it may be a spin on Uncle Ben’s death scene. According to Tom Holland, the film feels like the end of the franchise, so there will most likely be tragic deaths. Despite the fact that the trailer successfully isolates the Aunt May sequence from the Spider-Man/bomb scene, the lighting and background may suggest that Aunt May is getting Uncle Ben’s time. With Uncle Ben’s death scene being such an important part of the Spider-Man origin tale and Aunt May being Peter Parker’s Tom Holland’s most important parental figure, it’d make sense to give her a moment. It’d be a powerful moment, but Aunt May in Spider-Man: No Way Home is up to the task.