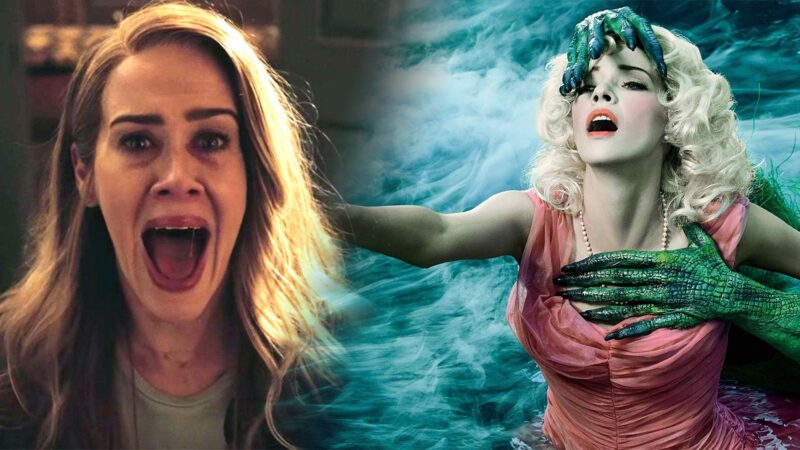 The summer and fall seasons of American Horror Story and its latest anthology spinoff will culminate in a terrifying finale.

Before Season 9 had aired, FX had officially renewed American Horror Story for Season 10.

In 2018, the critically acclaimed horror anthology series was renewed for a tenth season, and we’ve been looking forward to seeing what the next season has in store.

The good news is that some of our favorite cast members from the previous season are returning. The following season will be substantially different from the ones before it.

Some of which are based on true stories directed by Ryan Murphy and Brad Falchuk. Each season is divided into self-contained horror stories that do not usually continue throughout the following season.

With stories centered on ominous mansions, ominous asylums, and a coven of witches, the series picks up several genre clichés while also managing to portray them in a fresh light.

The show has spawned nine seasons since its debut in 2011, garnering critical acclaim and fan outrage.

New seasons will launch next year, although the tenth season’s release has been substantially delayed due to the pandemic.

The ninth season consists of nine episodes with durations ranging from 37 to 73 minutes each.

The network revealed in January 2020, much to the delight of viewers, the series had renewed three more seasons, including the tenth. Ryan Murphy revealed on Instagram that the new season’s production would begin in October 2020. He also left the picture of a very sharp dentition, which is the second season 10 reference.

He’d already released the first poster for the new season, which depicted two hands dragging themselves from the sea to the shore.

The season will not be broadcast on FX until 2021 due to production in October 2020.

In addition, FX has ordered a spinoff of the show called “American Horror Stories,” which will premiere in July 2021 and will feature standalone stories every episode.

Fans of American Horror Story will shiver with delight as FX Chairman John Landgraf revealed the premiere dates for the upcoming series and spinoffs.

The world of American Horror Story is coming out in more disturbing ways, as most long-running franchises do.

We now know the first of these is just around the corner.

Since this is an anthology series, the season’s story will differ from the previous seasons’ plots. The season’s title alludes to the fact that there will be two stories.

Murphy also revealed one of the stories would be set on the oceans, while the other will be placed on the beach.

He has also teased a “wild, sexual sex” scene between Kathy Bates and Macaulay Culkin’s characters, which has sparked interest among fans.

One of the stories will almost certainly be set in Provincetown’s spooky backdrop.

It will allegedly pursue a creepy creature with a tall appearance who stalks the town’s dark corners and haunts innocent children.

We’re not sure about you, but we’re already terrified!