So, as we Marvel fans are waiting for many upcoming movies within the next two years, we also have some movies in our minds that we’re eager to watch anyhow. One of these most anticipated movies is Fantastic 4. There have been countless speculations and rumors about the release date of this movie, but in reality, we didn’t get anything useful out of MCU yet. As for now, we’ve got some really interesting news from some external sources about the casting of the Fantastic 4. So, as the reports say, will Alexandra Daddario play a role in the Marvel version of the Fantastic 4? To be particular, will she play the role of invisible woman in the Fantastic 4 Movie? Here is what we know about Daddario playing the role. 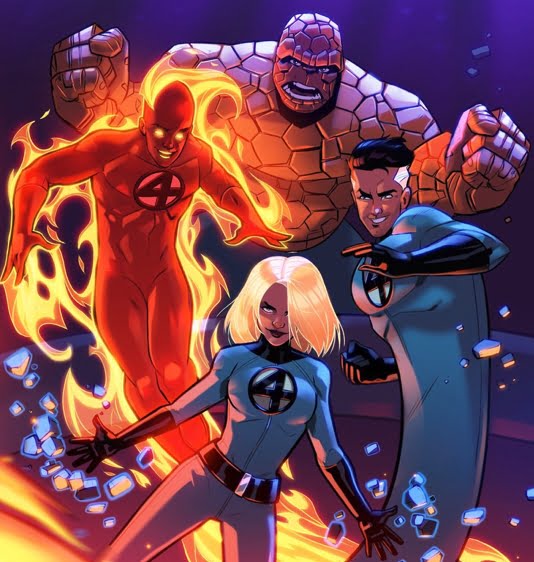 The information about the Fantastic 4 movie is kind of a puzzle to all of us here. We don’t have any fixed release date as well as any fixed casting team for the movie. To be honest, we just have some rough structures in our minds about the planning of MCU about the movie. There is no news about its shooting or any production work getting started. So, unfortunately, no news on that section too. But one thing we can say is that as the schedule of the Marvel Cinematic Universe is kinda packed for the next two years, we cannot hope to see the Marvel Version of the Fantastic 4 movie sooner. To be precise, we can say it is almost sure that, MCU version of Fantastic 4 won’t be coming to the theaters before 2023. As per some news from insiders, the filming of the movie will start in the fourth quarter of next year, which is the end of 2022. Considering all the possibilities and works in hand, we can say that the movie will be released in the 3rd or 4th quarter of 2023 or in the 1st quarter of 2024. Is Alexandra Daddario Really Going To Recur The Role?

So… here comes today’s main topic. Will we might see Alexandra Daddario playing the role of Invisible Woman in the Marvel version of Fantastic 4? The rumors and gossips going around kinda confirm that she will be playing the role in the forthcoming Marvel Cinematic Universe movie, somehow. Well… as for the gossips, those are just rumors that are being spread by the fans. This exact topic is based on rumors that were spreading like forest fire a year ago and its trail is still ongoing here and there!

A similar kind of gossips is going on regarding the role being played by Emily Blunt. Regardless, she has totally denied the rumors. On the other hand, Alexandra Daddario has remained silent about all these gossips. So, as we can say that the role isn’t confirmed by the actress yet, we cannot rule out the possibility of her recurring the role of the Invisible Woman.

Although this rumor is made by the Marvel fanboys, we have seen before that the speculations and predictions of fans have come true in many cases. So, in this case, their prediction just might come true! Although, we don’t have any other option but to wait till the casting is confirmed by Marvel.