We all know what happened with Alec Baldwin. It was a huge shock for all of us. We weren’t expecting his return to the cinema world. But he has managed to come back to the industry! It was disturbing for him as well, but he cannot change what is done. He mourns for the loss he has caused. The incident which took place in the sets of “Rust” was very unfortunate. But he has gained the courage to return to the industry. He has been recently spotted in the sets of “97 Minutes”. Stay tuned with us, to know all about it, just right here. Everything You Need To Know About The Rust Incident, Is Down Here!

It was an unfortunate accident. Alec is deeply guilty for his mistake. The accident occurred on 21st October 2021. Alec Baldwin was filming for the movie. He had a gun in his hand. He didn’t do it intentionally, it happened by mistake. He was shooting a scene for the film, but unfortunately, he shot the director of the movie, namely Halyna Hutchins. He surely can’t bring her back to life but is really sorry for his actions. He still couldn’t believe he killed someone. It was a massive shock for him.

He never thought such a thing would suddenly happen on the movie set. He is an old man in the cinema industry, he is currently 62 years old. He is highly experienced and has worked with many young actors. He surely went through a lot after the particular incident. He still feels disturbed and devasted over the whole accident. In fact, he was very concerned about his return to the cinema industry. Alec Baldwin Returns To The Industry! He Is Filming For “97 Minutes”!

After a gap of 3 months, the veteran actor returns to the industry. Alec Baldwin is filming for “97 Minutes”. The movie depicts the story of a hijacked plane. Alec’s role is not revealed yet. But we are guessing, he would be portrayed as a Special Agent. Photos from the movie sets revealed he was carrying a gun in his hand. He had a very tense look on his face, he is ready to take up an intense role in the movie. The actor has also publicly announced his return to the industry. He posted an Instagram video where he talked about his comeback to the film industry.

He was nervous about his comeback. The incident had shaken him to the core. After 21st October 2021, he has moved away from the cinema world. He has decided to keep a diary with him. He is getting old and he wants to have a record of everything. He surely feels uneasy about his return to the industry, but he is trying his best to fight back his mental state. Many were thinking the actor will never come back to the industry, but he has managed to step out again. That’s all for now, to get more updates on the latest celebrities, stay connected with us, just right here. 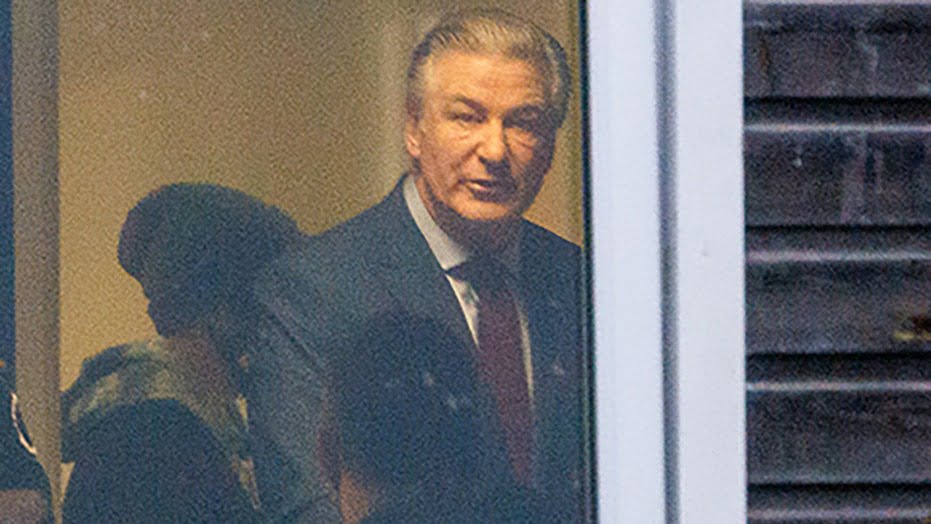